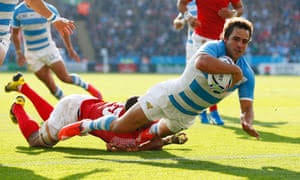 The 10-game losing streak has been broken!
Argentina will be relieved to finally get across the line after a long win drought, even if it was a scrappy 2nd half performance.

In the first 30 minutes of the game the Pumas were in the drivers seat with the ball on a string and playing like they should have vs the French 7 days earlier.

A much better performance from the Pumas in the first half but the second half they just let Tonga dictate the match, the danger for the Pumas is their midfield. They were exposed again this week with the Tongans getting on the outside of their markers, and were on the front foot on attack creating the easy 3 on 2 on the outside.
If the Pumas want to be serious contenders then Mario Ledsma has to make some hard decisions with selections.

If Tonga can stay hungry and keep the physicality with ball in hand with the constant attacking mentality then they will really challenge the French, who the Pumas are hoping will go in their favour with Tonga getting the W. 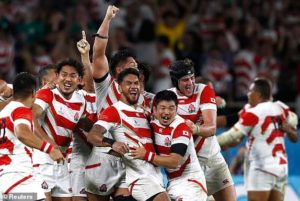 What a game! I think during the 60th minute mark when the momentum shifted to Japan and you started to believe the unthinkable that we all “turned a little Japanese” inside.

Japan created the extra man on the edges which lead to tries on the wing with a simple draw and pass.
On defence, the Japanese were ready for the release ball out the back and shut down the Irish attack forcing them to track inside, take the ball into contact, a pressured pass to the outsides that had no time with the rushed defence or it lead to an intercept.
The Irish did adapt and start attacking closer to the ruck, but by then the Japanese were throwing their bodies at every ball carrier and the 2nd or 3rd player would be over the ball to contest.

Ireland seem a different team without Johnny Sexton at the helm, guiding the ship along. This loss isn’t going to fade Ireland, it won’t dent their confidences they’ve shown in the past they can bounce back from losses and are a different team come the big games.
It is an embarrassing loss and draws unwanted attention to the side with all of the interviews to come in the next week before their 3rd match will no doubt draw attention and reflection back to this game.
The Irish camp will bin this and focus on the next game.

Japan know that one box is ticked, now the key for them is to knock over Scotland or Manu Samoa, this is going to be the real test for Jamie Josephs management of his squad over the last 4 years.
Can they get up with the same intensity and urgency on defence against the remaining teams?

They need to if they want to make history and get through to the next round.